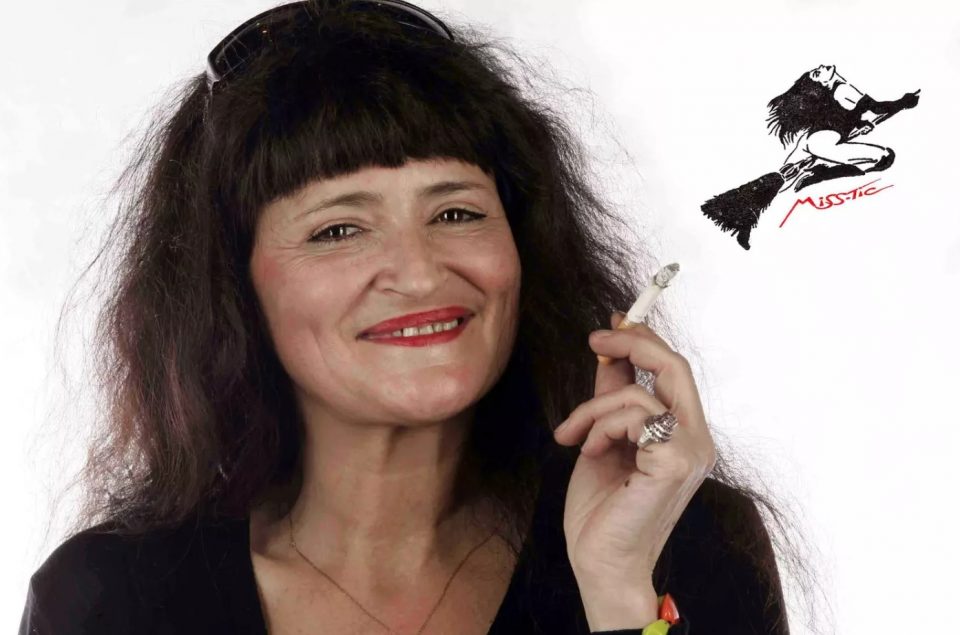 Here is an exercise I may not like: paying homage to someone you have known, loved, and admired.

Miss. Tic, whose real name is Radhia Novat, left us this Sunday, May 22, 2022, after a long fight against illness.

I will never forget the day when I first met this frail woman who nevertheless exuded such power, such joie de vivre and an assurance that commands respect. Miss. Tic was one of those women who immediately knew how to put you at ease with her devastating smile and her good humor, she did not overwhelm us with her experience, however so rich, and she made us think in a few moments that we were friends for a long time.

She has seen people pass by. She experienced tragic events such as the premature disappearance at the age of 10 of her mother, her brother and her grandmother during a road accident which also cost her the use of her right hand, forcing her to become left-handed and then her father died of a heart attack making her an orphan at just 16 years old. She also experienced hard blows such as when she was caught in the act of wildly creating a work of art in the public space – considered by law as the destruction or degradation of property belonging to others – which saw her condemned to a major amendment in 2000. However, not the type to feel sorry for herself, what emerges from her are these moments of joy, simple happiness and creative exchanges that she lived at 200%.

This French pioneer of Urban Art / Street Art / Graffiti / Stencil (whatever name you want to give) was trained in applied arts in California in the early 80s and on her return to Paris, she met Les Frères Ripoulin and Vive la Peinture with whom she will learn to create in the street. She then tries her hand at stencil and spray paint and takes the name Miss. Tic in reference to the witch Miss Tick from Scrooge.

She then brings more than color or drawings to the city, but also poetry. Miss. Tic was certainly an excellent stencil artist but she was above all the professional of punchline phrases, urban dreams and good words. Words that she put at the service of the woman whose freedom she defended to live as she saw fit, independent, strong and sexy… with her self-portraits.

Thus, we retain these few works: 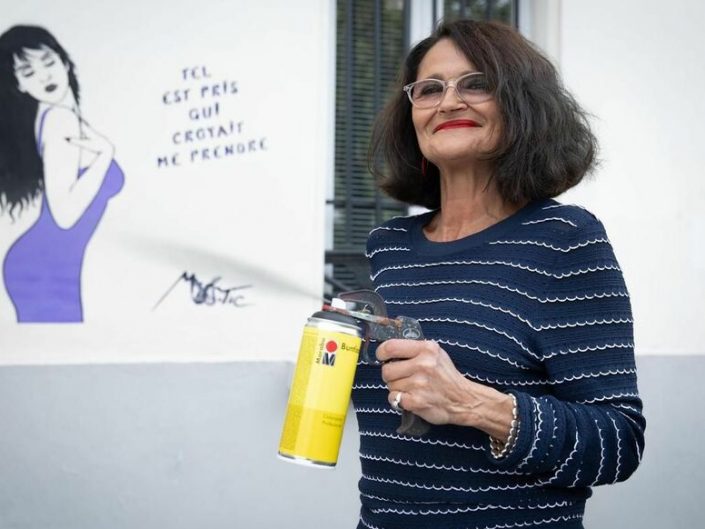 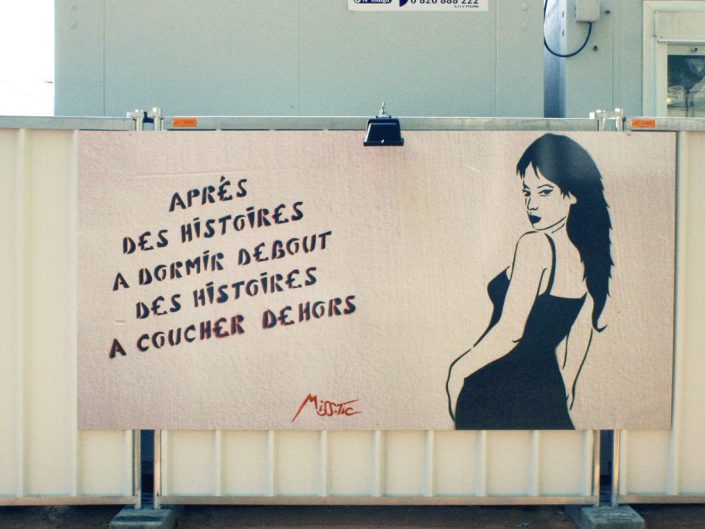 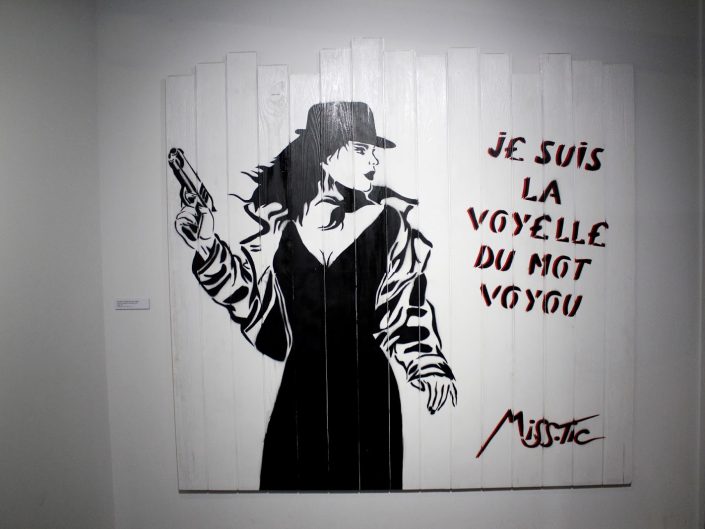 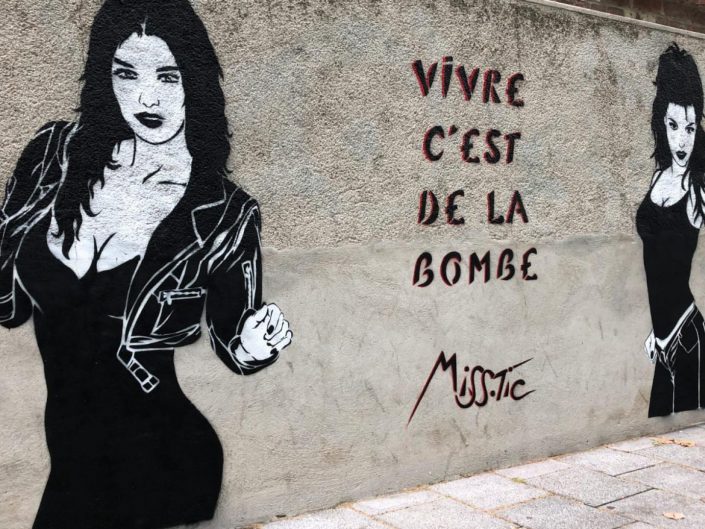 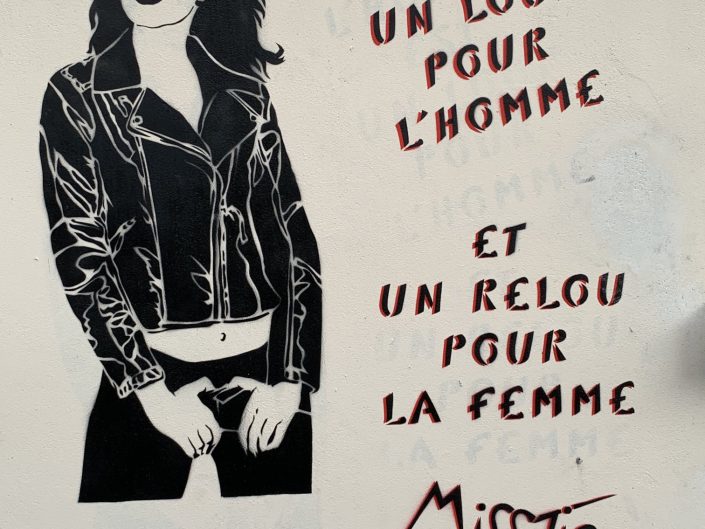 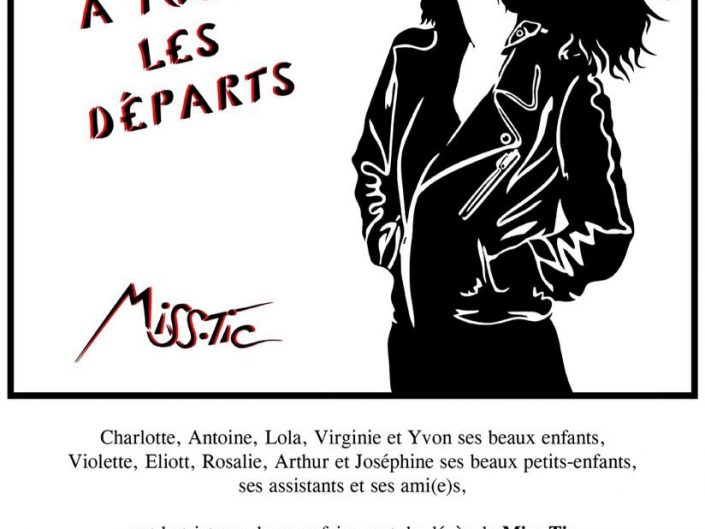 We will miss without a doubt this dapper brown-haired woman, as charming as she was dangerous. Today, it is her family, the microcosm of Street Art, but also Paris, which are in mourning. All nostalgic people could walk the streets of the capital and go on a graffiti hunt, especially in Montmartre or the Butte aux Cailles, her favorite neighborhoods.

You can also pay her a last tribute on June 1 at the Père Lachaise cemetery crematorium for her funeral, which will be public according to her wishes.