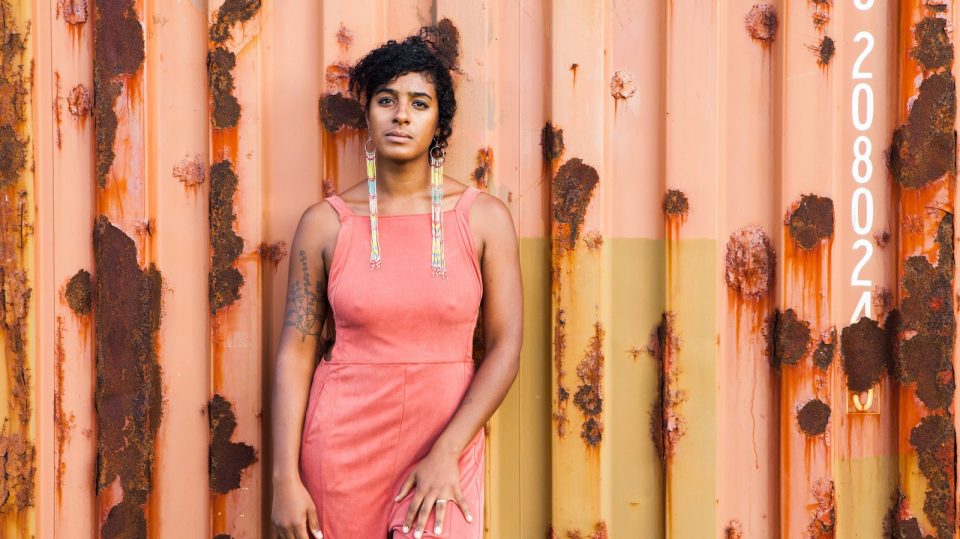 As part of the Parc Floral de Paris Festivals, the botanical garden welcomes concerts and shows for all in its park and on its Delta stage. Each one has his own festival, lovers of classical music will enjoy the festival Classique au Vert; children have their Pestacles ; and Jazz lovers, the Paris Jazz Festival. And there is also Les Nocturnes which offers heterogeneous concerts by renowned artists.
Among them is Leyla McCalla, an African-American singer born in Queens, New York, from parents originally from Haiti. After studying cello and chamber music, Leyla decided in 2010 to move to New Orleans to play in the streets. Little by little, she developed her own universe there, a clever mix of blues, folk, Cajun music, Haitian folklore and jazz.
After having been part of the group “Carolina Chocolate Drops” in 2012, Leyla McCalla began her solo career and released a first album in 2014. She enchants us from then on, by taking up in her own way traditional themes, poems and songs from the Haitian culture. Multi-instrumentalist, Leyla McCalla plays cello, banjo and guitar, and sings in Creole, French and English. Thanks to her talents, she leads us into dancing chants but full of nostalgia. Her music resonates in our hearts with intonations of Blues and Jazz which accept all crossbreeding.