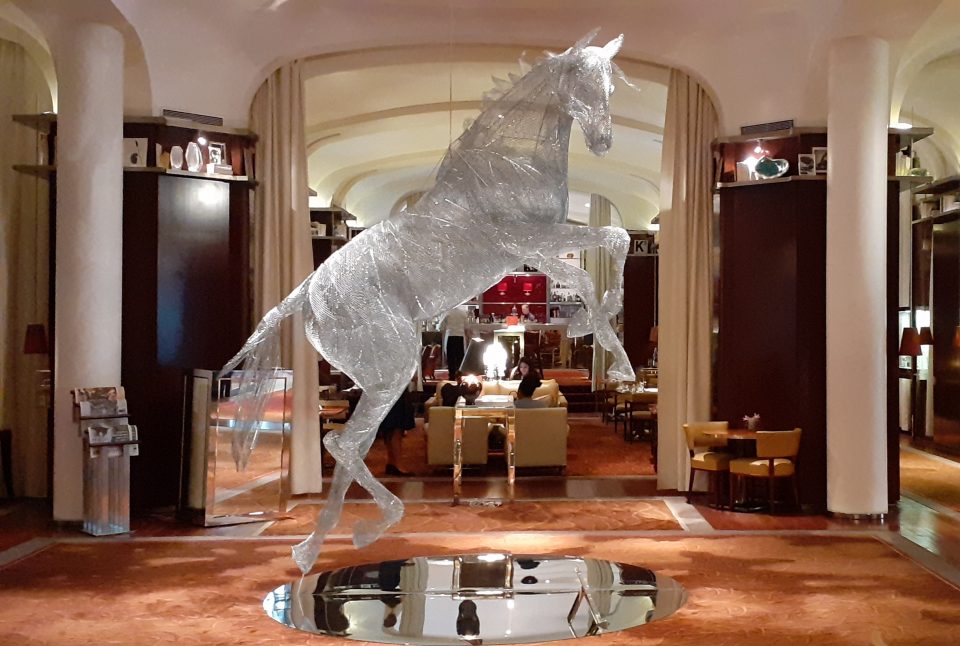 Le Royal Monceau – Raffles Paris is pleased to exhibit a work by the artist Tess Dumon in the middle of its lobby, echoing the Qatar Prix de l’Arc de Triomphe which will take place on October 5 and 6, 2019 in Paris Longchamps.