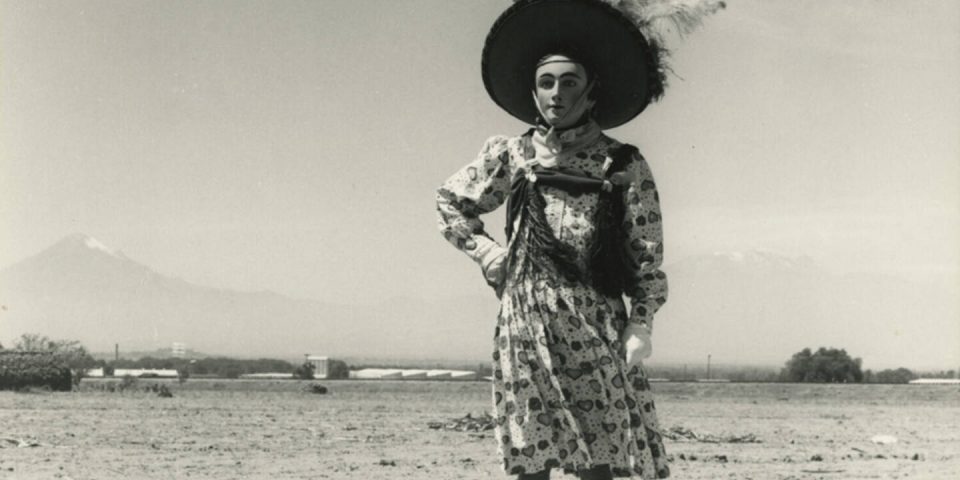 “The unconscious obsession that we photographers have is that wherever we go, we want to find the theme that we carry within us.” Graciela Iturbide

From February 12th to May 29th 2022, discover the first major exhibition in France of the Mexican photographer Graciela Iturbide at the Fondation Cartier. From her first portraits in the 1970s of the indigenous populations of Mexico to her latest trips to India and Italy in the 2010s, this event, whose scenography has been created by her son Mauricio Rocha, is intended to be a portrait-exhibition of the artist. One room is dedicated to photographs from her studio in Mexico City, at 37 calle Heliotropo, giving the exhibition its name.

The exhibition begins on the ground floor with Graciela Iturbide’s latest work. There is a study of cacti in the Botanical Garden of Oaxaca, made in 1996 with her friend Francisco Toledo. There are everyday objects, traces of the mundane ritual, captured by the photographer who from the beginning of the 1990s gradually abandoned portraiture to create works completely devoid of human presence.

This shift occurred when she witnessed the ritual slaughter of goats of the Mixtec people, in the highlands of Oaxaca. This spiritual experience profoundly changed her and her vision of photography.

Iturbide photographs several elements that are part of her “unconscious obsessions” as she calls them in an interview. Birds flying into the skies are present in both her dreams and premonitions. Jackets, eyes, shoes, are all part of her world.

Photographing objects was particularly significant in Iturbide’s work during her first trip to India in 1997. In an interview, she expressed that India was too strong in impressions, too intense. Portraiture created a brutal confrontation, too stark, not allowing for a real grasp of life. From then on, forms and objects brought her closer to the human experience. Symbolism became the central element of the photographed object. The object symbolizes the experience, feeling, emotion or ritual in a gesture or an image. Photographing the object which became symbol translates the daily life in a more accessible way.

Symbolics are important in many of Graciela Iturbide’s travels, in the United States as well as in Italy, India and Bangladesh, as well as in Mexico. There is a real obsession with verticality and the criss-crossing of wires: images of electric cables rising into the air, roots and vines dividing endlessly, and the ever-rising movement of birds. These lines seem to form the network of her mind, her thoughts, and her spiritual aspirations.

On the same floor are found colour photographs, a rare occurrence in Graciela Iturbide’s career, commissioned by the Fondation Cartier for the exhibition. Graciela Iturbide went to Tecali, a village near Puebla where there are large alabaster quarries. The huge blocks of stone superimposed on the bright blue sky form an astonishing monolithic colour contrast, where minerality and light prevail.

The second part of the exhibition continues downstairs, where we find the portraits from the early 70s to the late 80s that made the reputation Graciela Iturbide.

Much of her work from this period represents ethnographic photography, including her portraits of the Seri people of the Sonoran desert and her series in Juchitan, Oaxaca, where she photographed the Zapotec women. A room is dedicated to pictures of her studio in Mexico City, photographed by the Mexican artist Pablo Lopez Luz. It is a three-storey brick tower, built by her son and architect Mauricio Rocha at her request. She wanted a place protected from view, where she could work, but also recharge her batteries and house her impressive collection of works acquired during her many trips.

Her early work had given a new impetus to ethnographic photography, once very popular in the 1940s. Far from being purely documentary shots, her portraits are poignant and full of emotion. Whether expressing joy or pain, Iturbide’s photographs capture with finesse and discretion a moment in the daily lives of her subjects.

Her series Cholos, which photographs Mexican gangs in Los Angeles, expresses Iturbide’s talent: an extreme vulnerability is offered to the viewer, as well as a visible will of the subject to express himself according to his desire, a choice respected by the photographer.

In her interviews, the artist explains that she spends a lot of time with the people who welcome her, taking the time to discuss with them, while respecting their intimacy. For her, the work of a photographer requires patience and an immense respect for her environment. It is a combination of chance and research.

However, the artist’s “unconscious obsessions” still emerge, such as the imagery of carnival, the culture surrounding death in Mexico, the typical objects of a culture and place, such as iguanas, masks and angelitos. All these subjects are part of the different Mexican cultures she encounters, but also of her own imagination. Graciela Iturbide’s work captures the exterior while being a reflection of her inner world. Through her travels, discoveries and encounters, it is always the self and what haunts her that she seeks to capture.